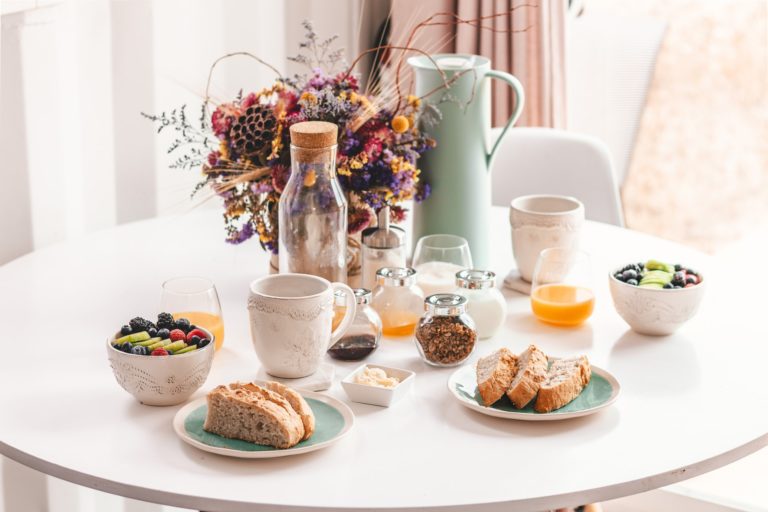 If you’re only encountering this term now, let me put your mind at ease: despite the name “Continental Breakfast”, which conjures up images of vast amounts of food that can feed, well, an entire continent, it’s actually a very light affair. Too light, for a lot of people, as a Continental Breakfast usually only consists of fruit, a pasty, and some coffee. Disappointing, yes, but it is enough to get you through the day and, honestly, some people don’t like heavy, bloated breakfasts anyway. As to who those people are, I’m not sure, but I don’t want to be friends with them.

So what gives? Why call it a Continental Breakfast it’s going to be less-than-spectacular? Well, there’s actually a pretty interesting history behind it.

But why those items specifically? Well, if you notice, most of the items offered in a Continental Breakfast are shelf-stable items that can be purchased by restaurants or hotels in bulks to feed as many people as possible. It’s also cheap, which is why many multi-day business conferences opt for the Continental Breakfast option.

The first, known usage of the term “Continental Breakfast” can be traced back to 1896, in an issue of  “The Sanitarian,” a monthly medico-legal magazine. In that particular issue, the term “Continental Breakfast” was used to describe the kind of meal American tourists had in hotels in the Old Country, “a refined meal consisting of a roll and a coffee”.

But while the term itself can be traced to 1896, the idea of the Continental Breakfast goes all the way back to Britain in the mid-19th century. Much like us, our cousins across the pond love themselves a hearty meal to start the day, hence the gut-busting English Breakfast that consists of a plate with heaping servings of eggs, bacon, beans, blood sausage, mushrooms, toast, and tomatoes.

But the English only started calling it that when, in the mid-19th century, middle-class tourism started becoming an industry and they received visitors from “the continent”, i.e., mainland Europe. It was a great way to make café’s more interesting from their competition, not to mention provide both the English and European tourists a different dining experience.

For the continentals, the full English breakfast was insane: in countries like France, Germany, and areas like the Mediterranean, breakfast was a simple affair that consisted of fresh fruits, a baked pastry, and a coffee. For the English, it was the entire kitchen sink. But they needed to adjust, and so they started offering these light breakfasts for those without the stomach for meat and eggs in the morning.

Soon enough, their marketing strategy surprisingly worked; the continental breakfast became a hit with tourists, and it became a niche breakfast for locals.

The taste for a Full English was something Americans inherited from the British, swapping out a few traditional items for more American products like waffles, sausages, cereals, and pancakes. Of course, European tourists would balk at the greasy, heavy, fatty breakfasts of the British and the Americans, so hotels started offering them simpler, lighter fare and called it the Continental Breakfast.

Continental Breakfast: A Mainstay for Hotels and Conferences

There’s another reason Continental Breakfasts became a mainstay for hotels. In the early days, the it gave Americans a taste of ‘European sophistication’, which was an effective marketing strategy back in ye olden times. Today, it’s more about it being cheap and cost-effective. 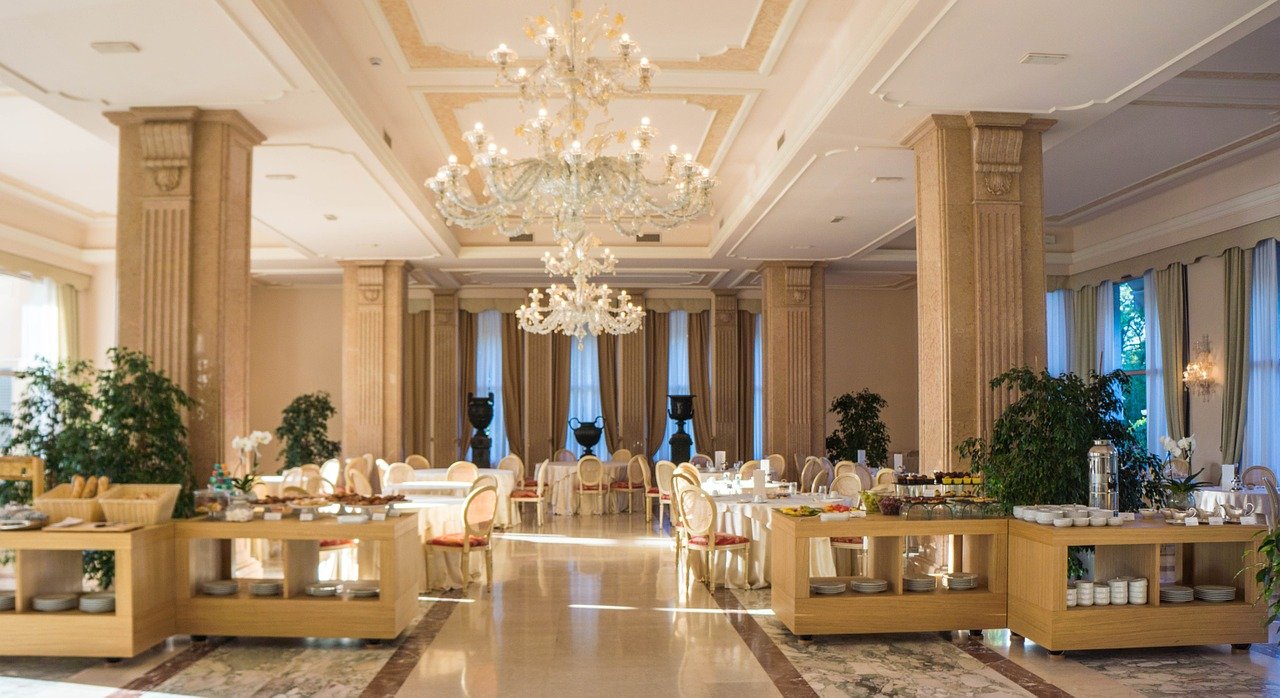 Pastries and fruits can be bought in bulk for cheap, and you don’t need much staff (if at all) to tend to pastry trays and fruit juice pitchers. It’s also easier to churn out than cooked foods like omelets or flapjacks. It’s also very convenient for most customers, considering that most Continental Breakfasts are free.

Back in the early days of the American hotel industry, when guests would stay at 5-star hotels, they paid for both room and board: meals and drinks were included in the hotel bill at the end of their stay. It was convenient and it allowed guests to not think about finances while trying to enjoy their meal or their vacation.

As time went on, however, guests preferred saving money, which meant that their dining arrangements needed to be flexible. To adjust to this, but without losing too much revenue, hotels in America started offering a European model of payment: meals were no longer included in the final bill, which meant that guests only had to pay for their room.

Over time, American hotels started offering a “Continental” style pricing plan to differentiate it from other “traditional” hotels and to make them sound much fancier (the word “Continental” would conjure up images of Europe, after all), which in turn allowed them to place a small premium on their offerings.

In these “Continental” style hotels, guests still only paid for their room, but a ‘free’ breakfast was offered (the price of which was folded into the overall cost of the room). Over time, this became the standard for, not just American hotels, but hotels around the world.

In the traditional American payment model, hotel guests enjoyed all their meals in the hotel’s restaurant. The price of the meals was included in one bill (room and board) at the end of their stay.

And this is why business conferences are almost-always held at 3-star hotels: it’s cheaper, more cost-effective, and the continental breakfast is simple enough to keep costs low, but enticing enough that guests actually attend. After all, as much as one would like a slice of bacon, I’ve yet to encounter anyone who will pass up on a free Danish for breakfast.

Besides, if all else fails, at least the coffee is free-flowing.