The Wisdom of Ron Swanson in the Business World 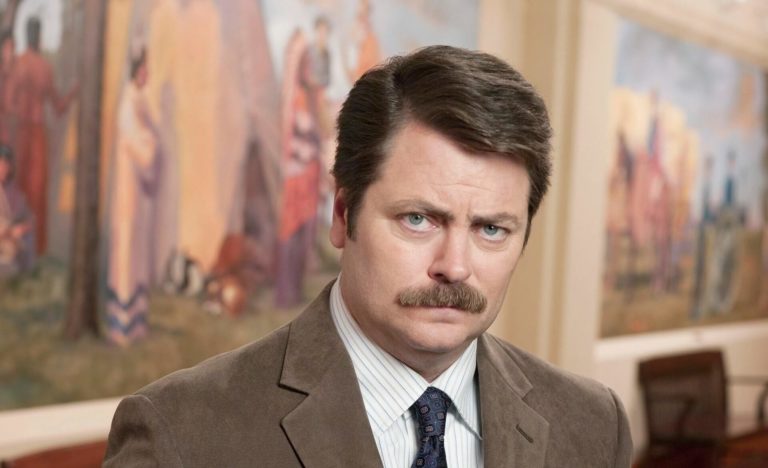 When Parks and Recreations ended in 2017, I found myself feeling very lost: it was one of my favorite TV shows of all time, mostly because it was hilarious, but also because it created one of my most favorite characters of all time: Ron Swanson.

As with most aspects of Parks, Ron Swanson is a caricature of the ‘manly man’ stereotype: he’s got a mustache, wears plaid, doesn’t suffer fools, eats meat, hates vegetables, and many more, and yet somehow, they managed to create a masculine character while eliminating most of the toxic and problematic aspects.

Throughout the show, Ron Swanson displays stoic comedy that elicits both belly laughs and a few seconds of pondering, for in between his rants against vegans and skim milk (which is just water that’s lying about being milk), there are some kernels of truth that apply to the real world, and specifically, the corporate world we live in.

Here are some examples:

The Business World Application: This one is fairly easy because pretty much any good CEO will tell you that a business is less a solo act and more a team effort. At this point, that should be common knowledge, but so many people, from the bottom of the ladder all the way to the top, still feel like making their business or company all about them and their efforts.

When it comes to business, drop the superstar attitude. It doesn’t help you, doesn’t help your team, and it won’t help your revenue. But what about Steve Jobs and his cult of personality?! Well, Steve Jobs pioneered numerous developments in technology that helped shape the 21st century, and while his celebrity is well-deserved, it was only maintained with one innovation after another.

Sure, you should work hard to exceed customer expectations, but don’t do it just because you enjoy the applause. Don’t seek the bright lights, because if you do your job well, the bright lights will find you.

Ron Swanson’s Wisdom #2: “I’d wish you the best of luck but I believe luck is a concept created by the weak to explain their failures.”

The Business World Application: It sounds a bit like tough-love, but this one actually does make practical sense. But first off, let’s just clarify one thing: luck, despite its completely unquantifiable and unobservable nature, does play a role in business. 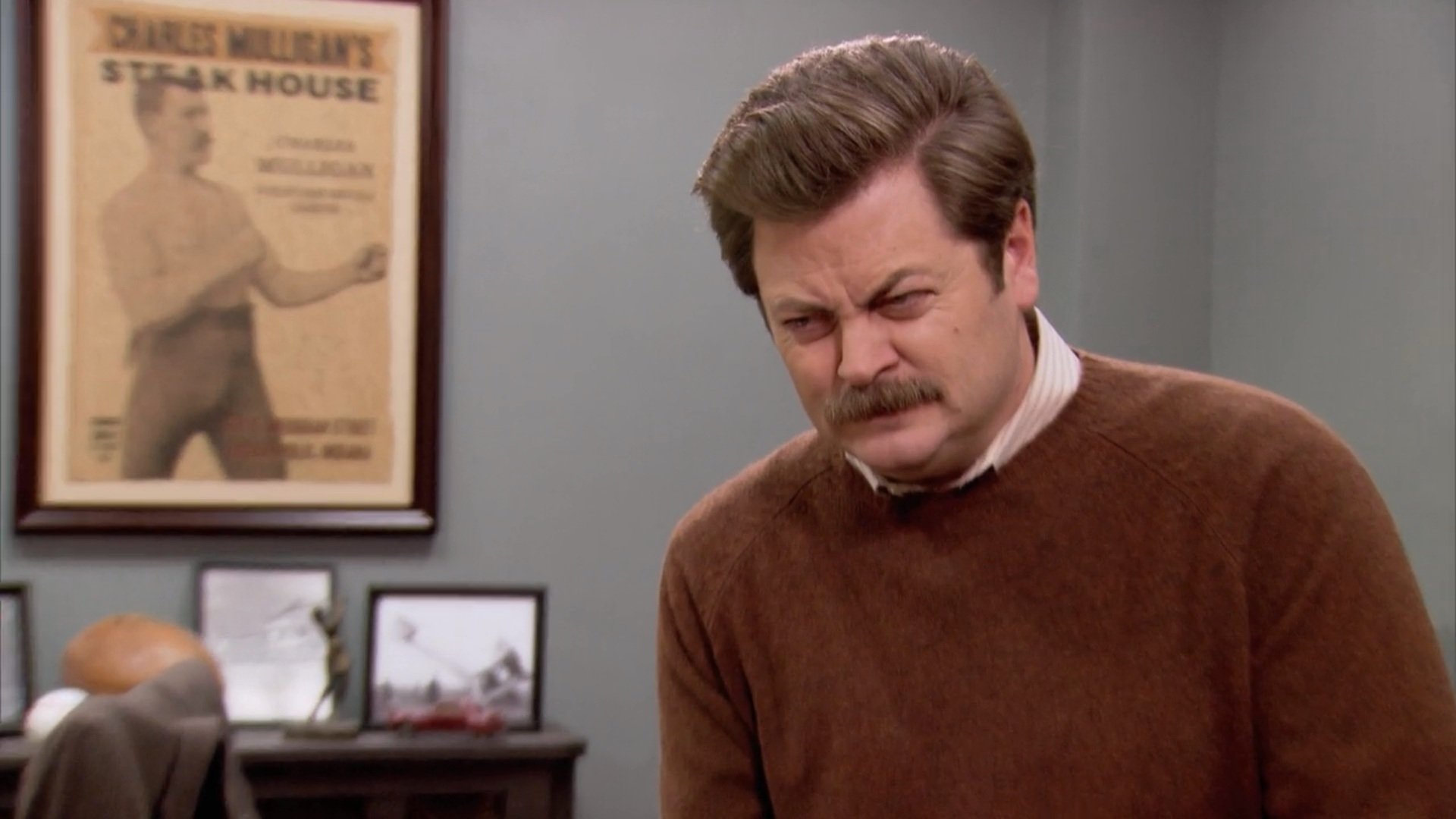 How often have you heard of success stories that involve some random meeting between the perfect investor and investee, or how a highly profitable company became a powerhouse because of one lucky investment?

But even luck has limits: in a lot of ways, business success is less about that one, lucky moment that changes everything, and more about creating a series of small, often mediocre moments that gradually evolve into success. While it might not be “a concept created by the weak to explain their failures”, luck doesn’t have to play a major or deciding role in the success of your company. After all, you make your own luck sometimes.

Ron Swanson’s Wisdom #3: “Normally, if given the choice between doing something and nothing, I’d choose to do nothing. But I will do something if it helps someone else do nothing. I’d work all night, if it meant nothing got done.”

The Business World Application: This might sound like it’s advocating laziness, but hear me out. The way I see it, this is an apt quote on maximizing efficiency by working smarter. If there’s anything the dotcom boom of the late ‘90s taught us, is that 1.) a disorganized business structure is the fastest way to bankruptcy, and 2.) inefficiency is often caused by repetitive or unnecessary tasks in the overall business process.

Lean management teaches us that the best way to maximize output and improving efficiency is to take a good, hard look at how your business is running and taking out processes that don’t add value. Listen: just because something is working doesn’t mean it’s doing anything. Rather, focus on creating a process that eliminates the need for extra steps, i.e. do something if it helps someone else do nothing!

Ron Swanson’s Wisdom #4: “There are only three ways to motivate people: money, fear, and hunger.”

The Business World Application: Are they motivated by money? Why? What is it for? Is it because they want to maintain a certain lifestyle, or is it because they’re the family breadwinners with many mouths to feed? 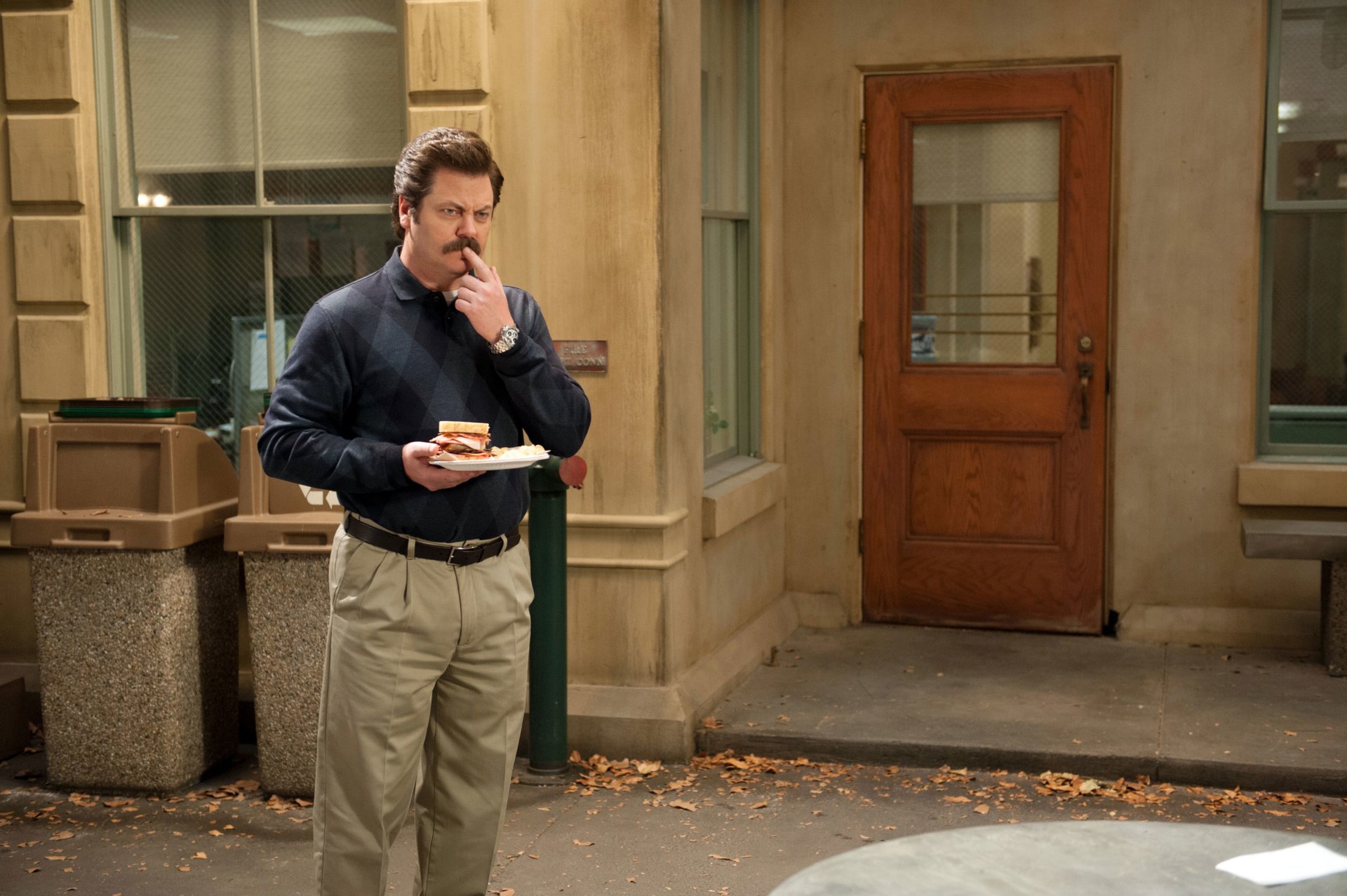 Modern HR practices tell us that personal fulfillment and overall happiness plays a huge role in deciding whether an employee becomes a valued member of the team, so while there are more than just three ways of motivating people, this quote does remind managers to find what motivates their employees and dig deeper.

Ron Swanson’s Wisdom #5: “It’s always a good idea to demonstrate to your coworkers that you are capable of withstanding a tremendous amount of pain.”

The Business World Application: This might sound like some sort of encouragement of strange displays of masochism, but it’s actually good advice.

Of course, in the real world, we’re not talking about actual pain; rather, successful managers –even rank-and-file employees –should be able to show their team and the people around them that they’re capable of taking on a tremendous amount of work while still being able to lead effectively.

This is especially true for people in leadership positions: remember that to lead is to serve, and you can only serve your team properly if you’re able to teach them the best way to do a specific task, aid them in bringing out their best potential, figure out ways to maximize efficiency, all while doing your deliverables, attending meetings, answering to your bosses, etc. etc. You have to take risks, and you have to be able to handle the stress.

This isn’t to say that you have to take on every responsibility imaginable, but you do have to show that you’re more than capable of your fair share.

Ron Swanson’s Wisdom #6: “One rage every three months is permitted. Try not to hurt anyone who doesn’t deserve it.”

The Business World Application: We get it: sometimes, someone screws up and it costs you and your team a mountain of paperwork, or worse, negative revenue for the company. It happens, but you know what else happens? Getting angry over it. But here’s the thing: there is constructive anger, where you manage your emotions in such a way that you’re still able to convey your message with a tinge of passion, and then there’s destructive anger, where you just end up yelling and blaming everyone for everything. 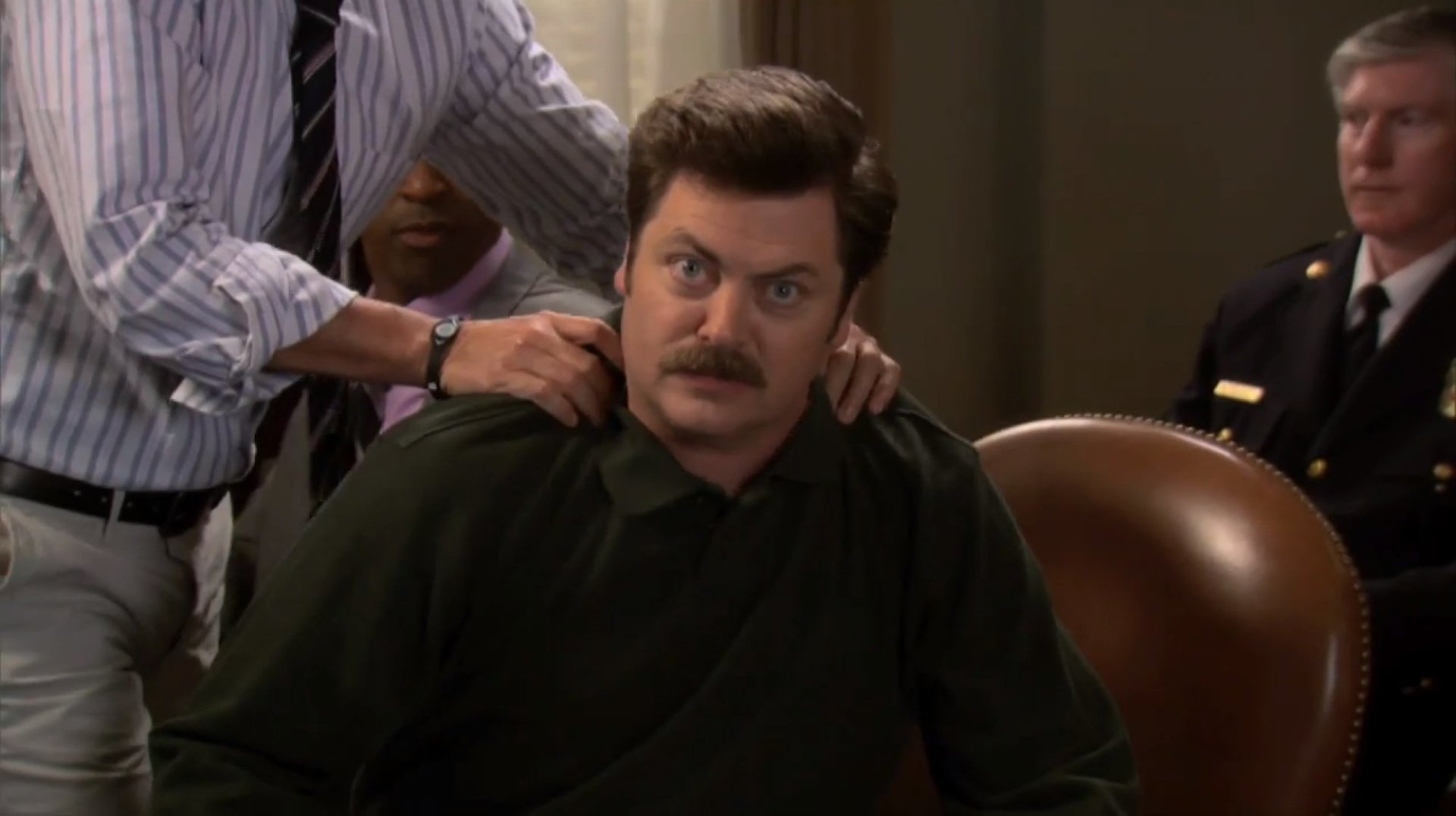 Hey, you’re human, and you can’t always control getting worked up over something, but try to limit it to as little as possible, and never use your anger to hurt or demean anyone, even if they do deserve it.

The Business World Application: This one is a no-brainer: one of the most crucial aspects of any project is focus. Yes, there is room for multi-tasking, but every step of a process should be leading towards a specific goal, and each step has to be taken with 100% focus.

It’s never a good idea to try and tackle two things at the same time, not just because scientists have proven that there’s no such thing as ‘multi-tasking’, but also because it’s much more efficient and effective to have all your focus on one task and one goal at a time.

While Ron Swanson does espouse a lot of anti-government, pro-libertarian principles, it would do us well to remember that, beneath the comedy, there’s a lot of wisdom underneath the manliest man in all of Pawnee. Just don’t bring up vegetables.

Facebook
Twitter
LinkedIn
Tumblr
PrevPreviousContinental Breakfast: A Brief History
NextEssenetial Services You Can Outsource to Boost the Growth of Your BusinessNext